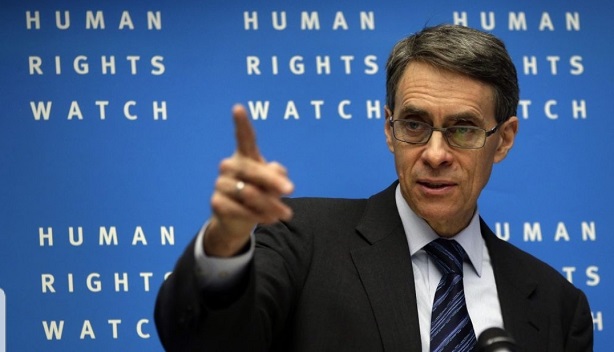 Is the Credibility of Human Right Watch in Danger?

The creation of the NGO Human Right Watch, in 1978, under the name of Helsinki Watch, was done with the aim of reporting on the situation of human rights and all related issues, namely, international justice, prisons, children’s rights, women’s rights and refugees, among others.

HRW had done a great job, bringing in a number of experts and analysts to shed light on many violations around the world, from the former Soviet countries and Latin America to the violations of Bosnia, the Tutsis, the Hutus, the violations of Christians and Muslims on the islands of Indonesia, and other countries whose citizens have experienced repression, abuse, and the confiscation of their rights.

These are noble missions, but the politicization of some issues and the treatment of others with prejudice sometimes undermine HRW’s humanitarian goals, which are among the organization’s most important principles. The politicization of the crises in Venezuela, after the death of Chavez, and Hong Kong, in 2019, are blatant cases of HRW’s impartiality, which calls into question the credibility and good intention of the humanitarian NGO, which presents itself as an independent international body and an opportunity for peoples who still live under regimes beyond their control.

In the case of the Kingdom of Morocco, every major national event or occasion is an opportunity for HRW to attack the country and question the Kingdom’s progress in development and the promotion of basic human rights.

Its latest “prior condemnation” report was long, exceeding 140 pages, as if it were a country that experiences daily massacres and whose streets are filled with victims of repression and serious violations.

The report was accompanied by another preconceived notion, which focuses exclusively on a few cases, including journalists, carefully chosen by the organization to infer its biases.

It would have been possible to dwell on these cases if the media and a number of national institutions had not granted scrutiny and thorough explanations.

Moreover, all these cases were brought before the justice system, which pronounced its verdict after a long process of investigations and hearings of the accused, who spared no effort to exonerate themselves.

Therefore, one wonders why the NGO has focused its work on the cases it has “studied” and how it can demonstrate that the judgments concerning them were not made with strict respect for the independence of justice?

The facts say that these people were convicted after a legal process in which they were heard to express themselves, to deploy the means of their defense and to oppose their version to those who prosecuted them.

Moreover, the organization never indicated that it was aware of the reports of the National Council for Human Rights on this subject, the reports of the Ministerial Delegation for Human Rights, the statements of the National Press Union and other reports accompanying the trials, which were unanimous in saying that “the criminal justice system had respected all the legal guarantees in force.

The NGO’s report does not follow the rules of analysis and scientific methods to support its claims, to say the least. Rather, it is an aggregate of comments and free interpretations (without respect for any rules of analysis) that all point in the direction of incriminating the Moroccan authorities.

This is evidenced by the use of polemical terminology in this report, which is not consistent with the work of an objective organization and the content of a scientific document. Thus, when one reads “the Makhzen” one is shocked because it is precisely the term used by the enemies of Morocco. It is an automatic reaction, a reflex. What exactly is the Makhzen? In principle, an international organization would use more exact and precise terms.

There is another reason for concern for an objective reader. Media outlets have been named and condemned for their proximity to the government, three media outlets to be exact. What does the NGO accuse them of? Of having views that coincide with those of the government. As if the media were all made to oppose. This is not true and there are many examples of international media that perfectly match the vision of the government, including in the most democratic countries. One cannot militate for freedom of expression for some and tear it away from others, by principle.

This incrimination of the media has led the Moroccan Association of Media and Editors (ANME) to denounce, in a statement issued on Thursday, July 28, “acts of harassment” from Human Rights Watch (HRW). The Association says it has detected from the title of this document the lack of professionalism and ethics, reflected in a play on words irresponsible, betraying ulterior motives having nothing to do with the issues addressed in the report.

An NGO that promotes values that it does not respect

The website “atlasinfo.fr” had published, on August 1, 2020, an article entitled “WHO IS STILL FEARFUL OF HUMAN RIGHT WATCH?”, thus highlighting that the NGO is losing its influence. According to this article, only dictatorships and naive people still believe in HRW, largely financed by questionable funds and whose partiality is denounced by human rights activists.

Greatness and decadence of an NGO directed since 1993 by Kenneth Roth. His longevity at the head of the organization has nothing to envy to those of the tyrants that the association claims to denounce, nor to that of its director of the MENA region, Eric Goldstein, who has been in the same position for over 30 years.

In a now-famous op-ed published on October 19, 2009 in the pages of the New York Times, Bernstein criticized the leaders of Human Rights Watch for having deviated from the original mission he had envisioned for the organization he led for 20 years at the height of the Cold War. Robert L. Bernstein died in 2019 at the age of 96, but not without making it more difficult for HRW’s leaders to do their job, calling the organization “morally bankrupt”.

This moral bankruptcy of the organization that claims to “defend the rights of people in the world”, had been the subject in May 2014 of an unpublished open letter from two Nobel Peace Prize laureates and a hundred academics, human rights activists and journalists of international renown, such as the former Deputy Secretary General of the United Nations, Hans Von Sponeck, Chris Hedges, author of “War Is a Force That Gives Us Meaning”, Chase Madar, author who signed “The Passion of Chelsea Manning: The Story Behind The Wikileaks Whistelblower”, Norman Solomon, American journalist and anti-war activist, Oliver Stone, director co-author of “The Forbidden History of the United States” or Keane Bhatt, writer and activist, one of the promoters of this letter.

The dissemination of false information on the human rights situation in Morocco, Egypt, Rwanda, DRC or Eritrea, to name but a few countries on the African continent, reinforces the troubled image of an association with a clear bias whose choices are no longer guided by the protection of human rights, but are made according to predefined agendas.